The Art of the Snowflake

Saw this neat bit on Sunday Morning (my dad's favorite show) about this professor in California that uses a special photomicroscope to take pictures of snowflakes. He has published several books on the subject, but I just think they are really pretty. 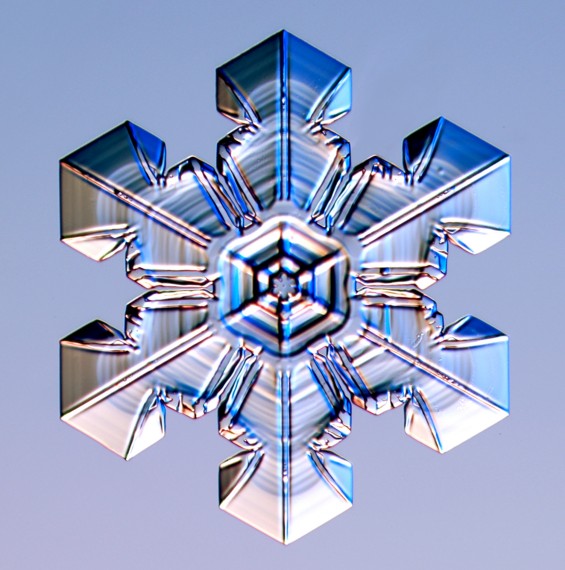 In fact, he has a whole website called SnowCrystals.com dedicated to his project. And, just in case you think it's a waste of time, don't worry... he's a physicist. Thus, he has lots of neat science on the creation and morphology of snowflakes, like this neat little chart that looks at the shape of the snow crystal based on the temperature and the supersaturation: 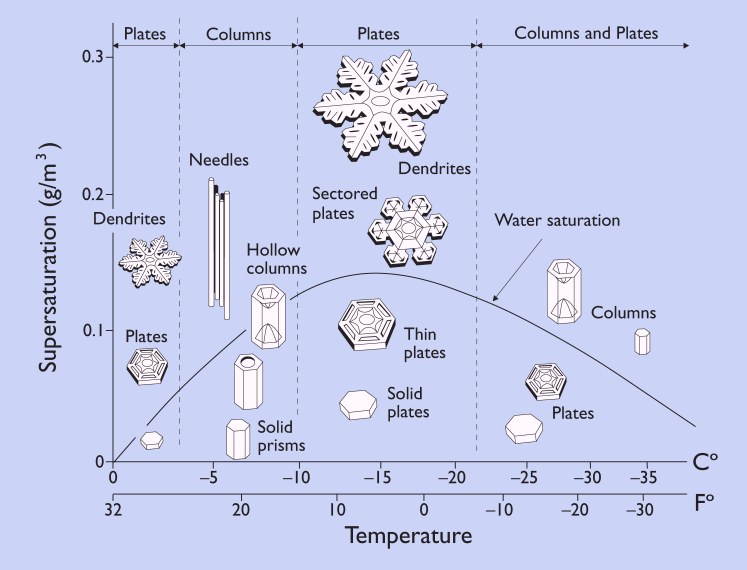 Oh, and just in case you still aren't convinced, he provides this explanation why he's studying it: "This is the way that basic science becomes useful -- figure out how things work the best you can, and later on use that knowledge in unforeseen applications."