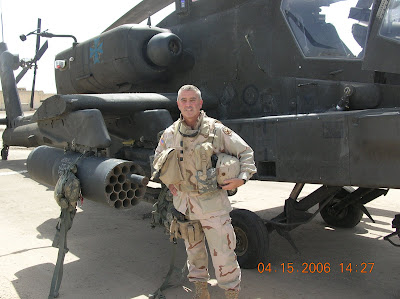 The HamCo GOP has made their endorsement for the mayoral race to run against Mark Mallory -- Dr. Brad Wenstrup. The decision is met with some enthusiasm, but a lot of "huh? what?" Dr. Wenstrup has no political experience, but he is a highly decorated Iraq war veteran. He also served as the Chief of Surgery at, of all places, Abu Ghraib.

...but somehow that's not a problem.
In short: the local Republicans have nominated a pretty face with a strong-ish past in a desperate effort to appear relevant in comparison to a semi-popular mayor. I doubt the Abu Ghraib thing will play at all locally, much to the disappointment of Tony Fischer who is running for Council who seems to want to play up the Iraq bit, as well, in his campaign. (Word to the wise: international war politics probably don't play well locally, and the Iraq War... well, do you want to go there?) The HamCo GOP blog seems to be very excited about their pick, though you'll find information on Wenstrup's webpage as yet unfulfilling.
Funny, those two -- Fischer and Wenstrup. I suppose if anytime is the right time to make the attempt and move on up, now is it. I'll be curious to see if the "cutie [single] Cincinnati boy home from Iraq dying to make a difference at home" line will work, for either of them.
Another fun little thought: the above picture was taken from a COAST blog posting. Chris Finney is "involved" with COAST, as is, I believe, Chris Smitherman. I wonder if Smitherman and the NAACP will ultimately endorse Wenstrup thanks to pressure from Finney and COAST, and due to the ongoing (and seemingly unresolvable) difficulties between Smitherman and Mallory. It's just a thought, though...
PS --> Wenstrup was recently featured as one of Cincinnati's own "Dr. McDreamy's," so the good doctor has some "good looks street cred."
Posted by Barry Floore at 5/06/2009 02:46:00 AM
Labels: Brad Wenstrup, Chris Finney, Christopher Smitherman, City Council, COAST, ELECTION 2009, HamCo GOP, Mark Mallory, NAACP, Tony Fischer

COAST blog, 2/19/09: COAST Fundraiser to Feature PatriotCOAST will be joined at its fundraiser tonight by Cincinnati Physician Dr. Brad Wenstrup, a major in the United States Army. He will be delivering the pledge of allegiance before the speech by former Congressman John Kasich, to start off the evening.

...but somehow that's not a problem.

why would it be?

Well considering that COAST is tied to the CCV I would say this is a BIG Problem.

"Brad Wenstrup, a major in the United States Army. He will be delivering the pledge of allegiance before the speech by former Congressman John Kasich"
I guess that is political leadership.....

Dr. Wenstrup's medical service at Abu Ghraib is a BIG problem because COAST is tied to CCV?