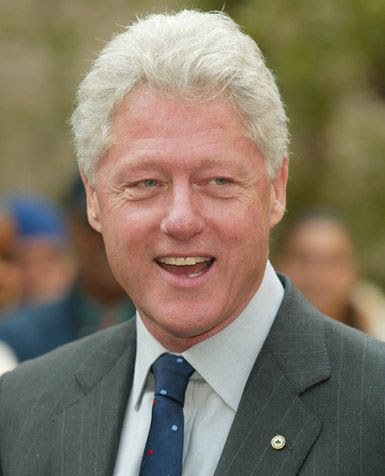 In a high profile turn, former President Bill Clinton comes out in support of equal marriage -- well, basically. Or, at least, that's what every other gay blogger would have you believe. It is not, however, true, at least, not entirely. From the Nation:

Asked if he would commit his support for same-sex marriage, Clinton responded, "I'm basically in support."

This spring, same-sex marriage was legalized in Iowa, Vermont, Connecticut, Maine and New Hampshire. In his most recent remarks on the subject, Clinton said, "I think all these states that do it should do it." The former president, however, added that he does not believe that same-sex marriage is "a federal question."

SFGate blogger Joe Garofoli makes the perfect point: this is the man who tried to redefine what "is" is. I don't think Mr. Clinton will be waving any flags anytime soon... but it is in the right direction.
In somewhat related news, Liz Cheney is looking to run for public office. That should throw the national groups for a loop. I falsely reported that Liz Cheney was the lesbian daughter... which is not true. Mary Cheney is that happy lesbian. Liz is the other one.
Posted by Barry Floore at 7/14/2009 07:38:00 PM
Labels: Bill Clinton, gay marriage, SFGate

Mary Cheney is the lesbian. Liz is, to my knowledge, married and straight.