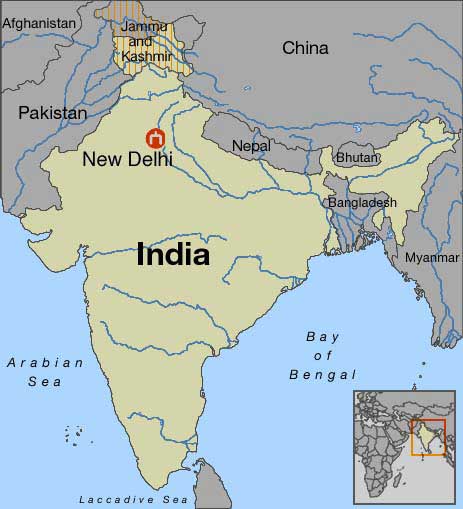 Just a few hours ago, the Delhi High Court of India ruled that consensual sex between people of the same gender is a violation of the rights expressed in the subcontinent's Constitution. Section 377 says that homosexual sex is against the "order of nature" and is punishable with up to 10 years in prison. Activists blame the exploding HIV rates in the country on the law, saying that people have been afraid to discuss their behavior, afraid that it would land them prison time.

However, the decision is tempered with some of the details of the ruling, from the Associated Press story:

The law itself can only be amended by India's Parliament, but the court's verdict should protect New Delhi's gay community from criminal charges and police harassment.

While the Delhi High Court's ruling is not binding on courts in India's other states, Tripti Tandon, a lawyer for the Naz Foundation, said she hoped the ruling would have a "persuasive" affect.

In short: the law has not changed, it's just unlikely to be enforced, and then the ruling only stands in the one state of India. It is a start -- a start that took 8 years to complete, btw, which, apparently is not unusual in the clogged civil litigation system of the world's second largest country. Let's hope it goes further, yes? That's a billion people who can't enjoy the wonderment of man-on-man (or woman-on-woman) action. Human rights issue ... seriously.
Other than the HIV issue, India's gay scene gained international attention after a prince of the country came out and then was subsequently disinherited by his family.
Posted by Barry Floore at 7/02/2009 05:09:00 AM
Labels: HIV/AIDS, India

I think you mistyped your 1st paragraph... the court ruled it is NOT a violation...

(or more precisely, treating it as a crime is incongruent with constitutional rights already granted)