I think I have to revamp this section because I'm already bored with it. LOL. But I do really really really like this picture of Zac Efron from the cover of Rolling Stone.

And this one, not from Rolling Stone. And this one (from a "spirited" debate about whether or not he's gay... *coughcough*heis*coughcough* found here). From the moderator and beginner:

But Zac Efron seems pretty gay. I mean, his biggest movies are the High School Musical franchise and Hairspray. Zac's hobbies include shopping, working out, dancing, and singing. He adores musical theatre, poses provocatively on the cover of magazines, and wears a lot of makeup. He even flat irons his hair. As a gay dude myself, I don't want to be stereotypical, but all of his qualities seem pretty gay. I know he's "dating" his costar Vanessa Hudgens, but it all seems pretty staged to me. 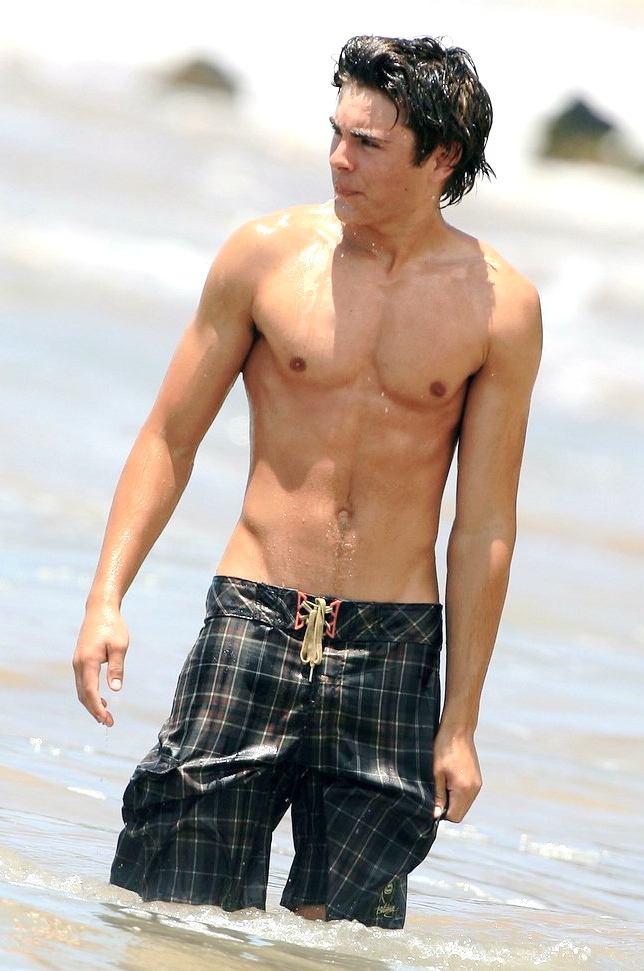 UPDATE: I've been thinking about why this kinda bores me, and I think it's because I'm just using pictures of your standard bearers of hotness. Blah, blah. We've all seen them half-naked... who do you want to see stripped to the bone??? I'll try harder, kids. Mama is sorry.

Your mother has a copy of the Rolling Stone with the very same "Zac Efron" on it. Now, you know...if I have it on my coffee table...is it safe to say "gggaaaay?"

Yeah, he's the kinda boy where YOU do all the work ... in bed... in conversation... in thought...pretty is one thing, but nigh-sociopathic narcisism is FOREVER.

but he's just SO pretty. LOL

you guys are just ridiculously insecure!

he's a hottay and has a hott girlfriend too. get over yourselves!

yall are dumb if hes gay then he is get over it ...nowadays ppl can love who they want too...i personally dont think he is...everyone running their mouths about him are obviously insecure about themselves because of how good looking he is..ill be honest to say ya hes better lookin than me but i aint gna judge him...their aint no proof so just shut the fuck up and write a blog about how no one has anything better to do than judge someone and call them out cuz of how good looking they are...buncha bullshit