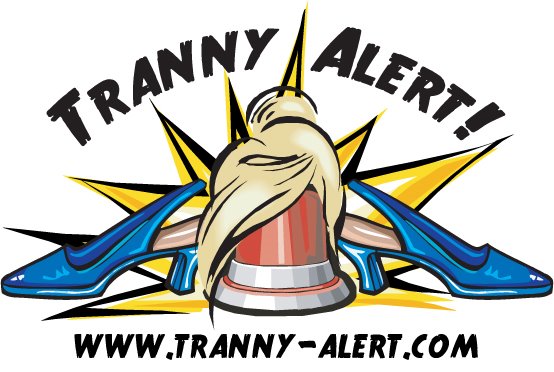 This is making the rounds on Twitter -- click here to follow the tweetstream -- and GLAAD will be reaching out to the owners of the website, Tranny-Alert.com, but I was curious to know what you guys thought about the website and the ensuing controversy.
Posted by Barry Floore at 6/26/2009 10:47:00 PM
Labels: GLAAD, trans-identity

Yeah, I think it's pretty obviously transphobic. Also, whenever anyone responds to backlash by whining on twitter "you people need to get a sense of humor" - it's pretty clear they don't actually give a shit about whether or not their language is offensive or contributes to oppression and violence.

I've said it before, when civil rights leaders of a group (of which I'm not a part) ask me to stop using a particular word because it is generally offensive or associated with violent oppression, it's no great inconvenience or burden to me to adjust my vocabulary. It's the basic politeness of living and working toward a just multicultural society. I know I have a "right" to say whatever words I want, but I fail to understand why I would have a compelling reason to engage in discriminatory language that contributes to systemic discrimination.

I dont think its ever a good idea to "out" folks in any way,especially with an army of camera clicking annons,posting the pics and locations with out their permission is just not nice at all.Be kinder folks.Think first.