Ha. Wouldn't that be funny? No, if you check out my ballot (warning: PDF file), there wasn't much choosing to do. I voted for exactly four things: Presidential Candidate (Clinton), Male Member of the State Central Committee (I really like Mark Mallory), and FOR both tax levies.

Oh, and can the major news networks STOP broadcasting from the Alamo and making the LAST STAND metaphor for Clinton. Jeez. We get it. But you forget: those Alamo people are our national heroes. If Clinton is fighting from the Alamo, or like the Alamo... she's our hero.

I was the sixth person to vote at my district today at the Elberon United Methodist Church. I got a chance to peep at the tally -- five Dem's, one Rep. Interesting. I thought I had to vote Dem, as I'm registered, but they asked me which one I wanted -- Dem, Rep, or Issues-only. Strange.

I feel exhausted. It's bed time 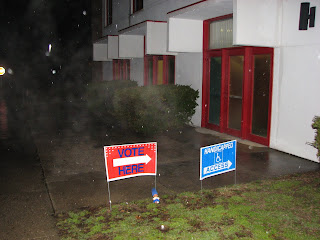 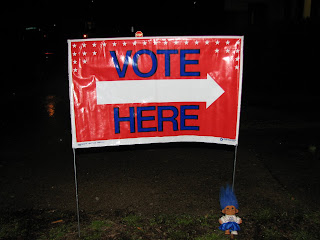 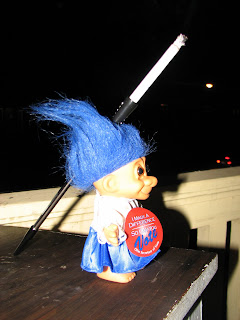