Bagel was up this weekend -- LOVE YOU MUCH BABY -- although she told me that she doesn't really read and thinks I'm funny for blogging. We had a GREAT time:

1) First time eating at Universal Grill since it became Universal Grille. We had a great bartender/server (I think his name was Sam), who is a recent transplant from SC. He was charming and on top of our needs. Food was not much different than we got used to at HM... so, not much new to report there. It was my first burger in a while, and that was far more exciting than the food that we were being served. It is, as usual, up-scale bar food. There is a sign saying they are opening for lunch these days, but it doesn't appear that they have yet. 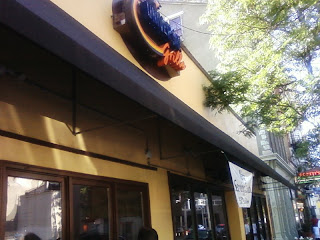 Universal Grille -- from my camera phone.

2) Went out to see Vivica LaCroix, one of my dear friend performers from Oxford, perform this weekend at Shooter's. She made an OK first performance in Cincinnati, but it was nice to be surrounded by hot men that night (Edro, Chris, QCS, Matt, etc etc etc) although I somehow managed to get a lot drunker than I meant to. Gr. Oh well. We went to the Dock afterwards. You know how THAT goes. 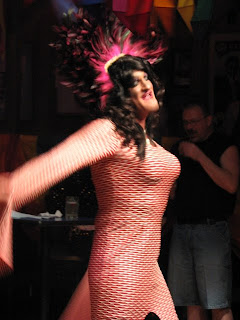 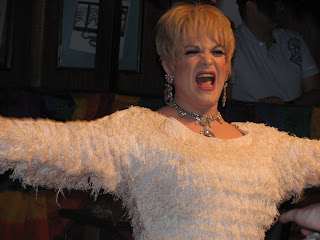 
3) Dayton gay pride. I guess it's a lesson in appreciation for what we do have here in Cincinnati. Lame, lame, lame. The parade was short (less than 20 minutes!) and there was simply nothing to do. In fairness, it was raining, so I'm sure a lot of people didn't come, but that doesn't excuse.

This is the first pride I've been to, really, that I haven't been intimately acquainted with in someway. I just wanted to go to go. And there wasn't a damned thing to do. Like Cincinnati's, you watch the parade, you walk around the park, listen to a couple things on stage, and go to a bar. It was a nice venue, overall, but I think there should be carnival games.

Writing that, I guess I kinda made a small realization: local gay prides, like Cincy or Toledo or Dayton or SC or anything like that, are about the local community. They know they don't attract a lot of out of towners, so the focus is exclusively on the city itself. That's wonderful and great, but there needs to be something for us non-locals to appreciate rather than the ongoing glorification of self and city.

IE: Use the opportunity to show off your gay scene, what's special about it. So my day in pictures... 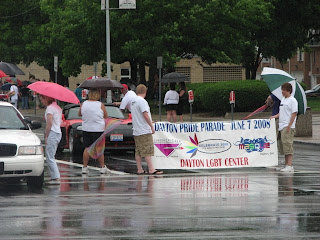 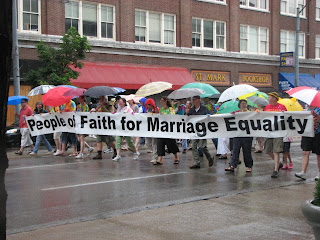 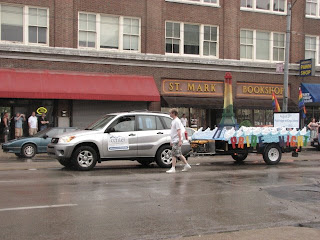 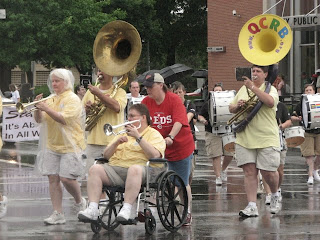 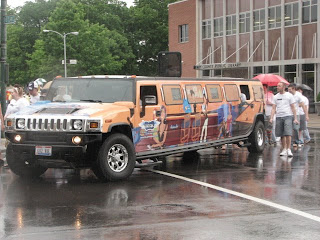 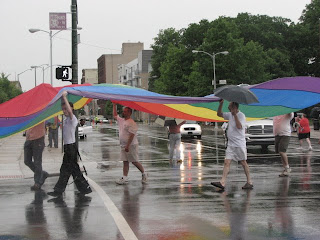 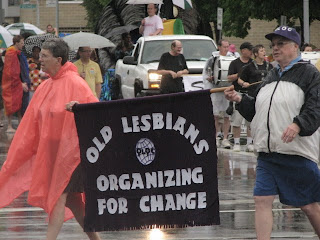 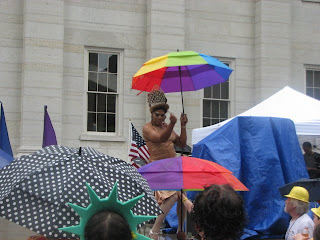 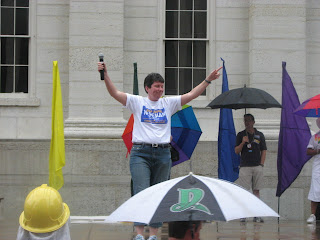 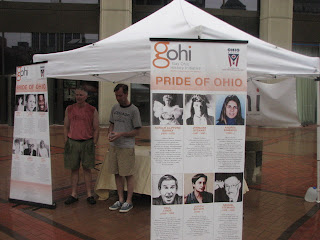 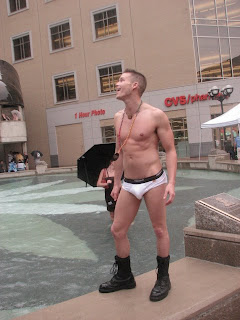 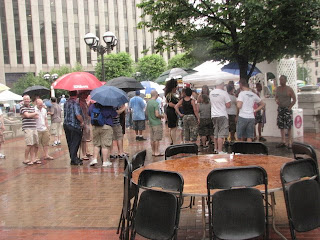 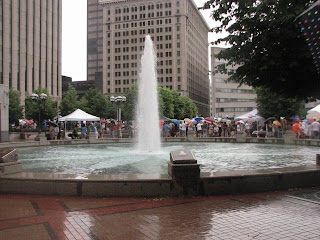 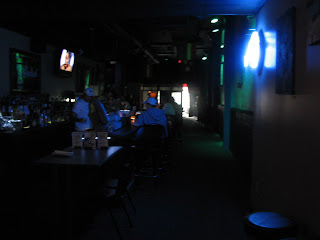 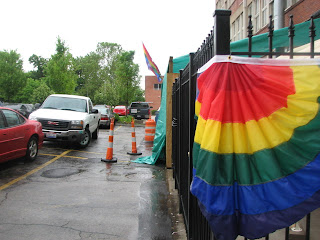 a) Beginning of the Parade on the corner of St. Clair and Third.

b) A little hometown activism.

c) Cincinnati representing! It was comforting to hear that they seemed to share a lot of the same feelings about the situation that I did... that we appreciate what we do have here in town. This was the first, time, btw, that the Cincy LGBT Center "marched" in this parade.

d) Cincinnati's Queen City Rainbow Band!!! Yea! Bagel's comment: You have a gay marching band? Ha! Yes! They aren't the best band in the world, but they are fun and I love that they exist.

e) Club Masque and their Super-Limo

f) A LOT of gayness.

h) "Do drag queens melt in the rain?" The answer is no, but they dance to bad music (Mariah Carey, I still hold, has lost her damned mind)

i) Judge Wiseman -- the first openly gay elected official in Ohio, and the first openly gay appointed official in Ohio. She's up for re-election as the Montgomery County Judge. We got to meet her and she is amazing. I asked her opinion on gay marriage, her response: "Well, I'm gay and I'm married. Does that answer your question?" No, actually, it doesn't, but it's close enough that all I could feel was: I wish I could vote for this woman. She is amazing, folks. Vote for her.

j) gohi!!! The Gay Ohio History Initiative! Look, it does exist! They report that they are getting things off to a start and their first display -- LGBT historical figures in Ohio -- is going up soon and their newsletter will begin soon!

k) Duh. Half naked boy. Funny story: his underwear was stuffed. I'm convinced of that.

l) The line for the beer tickets. For people who have never done this: you have to show your ID, get a wristband, and buy tickets to walk to the next booth and get your beer (1 ticket-1 beer-$3). It's really annoying if you're a participant, but, from an organizational standpoint, it's ideal. As few people as possible with their hands on the money makes for an honest day.

m) Courthouse square where the festival was. And yes, there were boys in the fountain at one point.

n & o) MJ's! The bar we went to after words. The bartender was AWESOME! And we had a really good time there, but we were hungover, tired, and couldn't stick around for their free BBQ that afternoon :-(.

4) After a nap Saturday afternoon, Bagel and I went, at Queen City Survey's suggestion, to see Sound of Music at Fountain Square. I got to see cutie-patootie Dan again :-), and I also briefly saw Bruce, former editor of the local gay rag.

However, about five minutes into the movie, I realized I had never seen the whole movie straight through, and I really enjoyed it! It was a beautiful night with Graeter's Ice Cream, a couple beers, and it was BUSY. I just sat there and watched hundreds of people wandering downtown. It's true... downtown is getting busy again, and it's wonderful. Thanks for the invitation out, QCS. 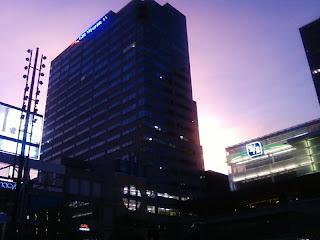 Sun setting behind the Great American Life Insurance Building -- via my camera phone.