GAY STUFF: Found a new blog and love it

Ray Ray -- over at the Messy American -- found that Project Runway had "accidentally" posted pictures of the winning contestant's collections online (Which, I cannot, now, find). I had heard that PR, in the past, would have the final four or five show at Bryant Park as Fashion Week happens before the final episode, which is what happened this year. In fact, not only did Chris, Christian, Rami, Jillian, and Sweet P get to show... Victorya Hong had a collection at Bryant Park as well!!!! 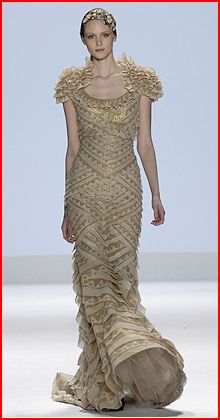 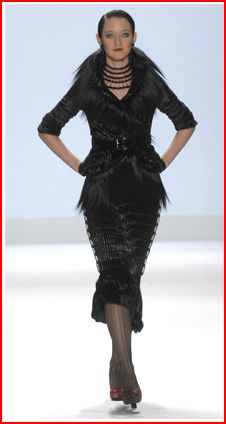 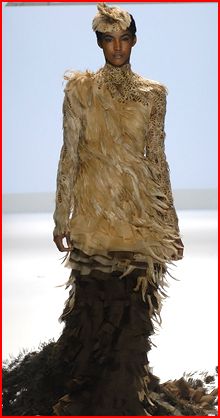 Plus, I love Ray Ray's excellent assessment of the popularity of UFC:

On the mass media front, we've experienced a resounding success with the UFC on Spike TV. Not only does the reality series provide Middle America with a buttload of man on man melodrama, but the fights themselves are breaking down Middle America's resistance to images of man on man sex by showing sexy, muscular, half-naked men (most of them straight, to be sure, but that works to our advantage) be physically intimate with one another on national television as they proceed to beat the shit out of each other. I never knew how intimate an ass-whooping could be untill I saw these fights. As an added bonus, queer boys all over the country are being provided with excellent role models who are (a) clearing up any confusion as to what two men doing it in the missionary position looks like, (b) showing the positive results of self-discipline, exercise and self-confidence, and (c) teaching gay boys (and dyke girls) how to seriously KICK SOME GAY-BAITING BULLY ASS AT SCHOOL! As an ADDITIONAL added bonus, about 90% of the men on these shows Nair the hair off their torsos, legs, and sometimes their armpits, just as any typical West Hollywood gym bunny would do. Our radical homosexual agents (posing as "stylists" behind the scenes of the show) deserve a special thank you for adding this wonderfully queer touch to an already queertastic set of shows.

And to prove his point, here's a really hot picture of man-on-man action. 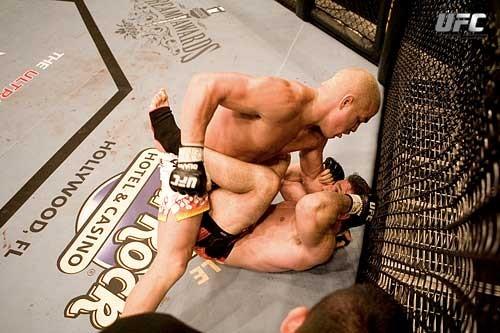