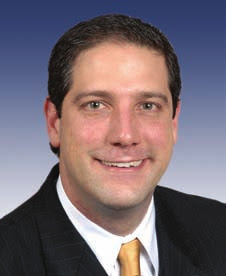 The Ohio Daily Blog gives us the heads up to a Washington Post piece that indicates Congressperson Tim Ryan will "run" for Lt. Gov. Wait ... I thought, in Ohio, the Gov-Lt. Gov. ran as a ticket. Am I wrong on that one? Sabrina Eaton, of the Cleveland Plain Dealer confirms that Ryan is being considered. But it may just be a lot of rumor-mongering. We bloggers are good at that.
And we have two Democrats sort of announced for the Kentucky Senate seat against embattled Republican Jim Bunning: Lt. Gov. Dan Mongiardo (who has been endorsed by Gov. Beshear) and Attorney General Jack Conway (as yet unconfirmed, but he's floating it).
Meanwhile, the Republicans remain adamantly opposed to endorsing Bunning, but I have no news for that one. I just think it's still funny.
Posted by Barry Floore at 3/31/2009 12:19:00 AM
Labels: Cleveland Plain Dealer, Dan Mongiardo, ELECTION 2010, Jack Conway, Jim Bunning, Tim Ryan