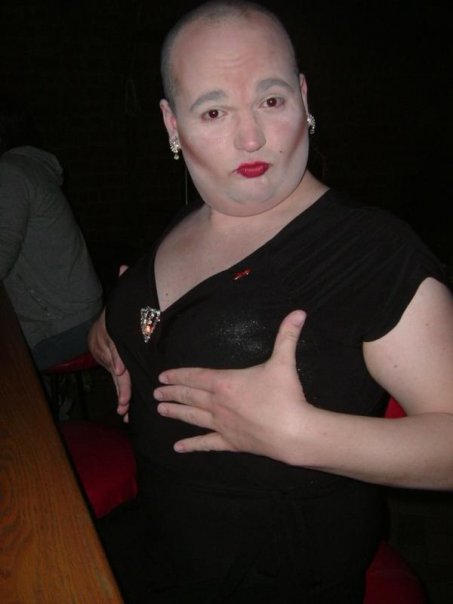 High praise to be included in such a troupe of characters! Can I have a crown that says that, Nate? "The Queer of Cincinnati." Absolutely beautiful. Meanwhile, however, he actually ... sort of ... praises the LGBT response to the Chris Finney appointment:

Cincinnati's GBLT community is angry about Finney's NAACP appointment for many reasons, including what it says about the NAACP's future ability and desire to defend the civil rights of GBLT people. They're successfully spreading the word all over the country about the appointment. Will shining the light on the appointment do anything to change it? Will the concerns raised now by the GBLT community force the NAACP to closely watch Finney and make sure he doesn't advocate any more of his purported anti-gay positions? I don't know. And I find no fault in what the gays are doing. They are doing what they should be doing.

What I want to know is why the Black community isn't raising HELL about Finney's appointment in light of his long record of opposing civil rights for Black people!?!

First of all, I wasn't aware of the history Chris Finney has working against the black community, and I'd be interested in learning more -- looks like, instead of homework, I'll be doing more research.

Secondly, Mr. Livingston is not known as the most ardent supporter of LGBT rights here in Cincinnati. The post my picture appears in, even, has this charming line: "who a person chooses to have sex with may, indeed, justify disparate treatment." Uh-huh. Whatever.

First of all, I wasn't aware of the history Chris Finney has working against the black community, and I'd be interested in learning more -- looks like, instead of homework, I'll be doing more research.

Please don't spend time researching this issue instead of doing your homework. Seriously. I don't know you, but I can tell you that the struggle will always be there. Your education won't be.

Besides, there are plenty of us out there researching Finney's history and record. There is a papertrail. Join the fight on the weekends or during break, but don't put off doing your homework. I'm being sincere.