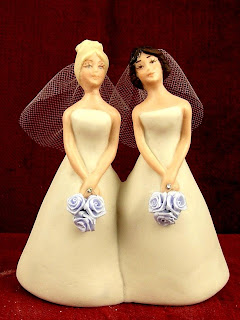 (CNN) -- New Hampshire's move to become the most recent state to legalize same-sex marriage hit a bump Wednesday, after the state House of Representatives failed to agree to changes made by the governor.

But Gov. John Lynch, a three-term Democrat, said last week he would sign a same-sex marriage bill only if it provides "the strongest and clearest protections for religious institutions and associations, and for the individuals working with such institutions."

Lynch said any such measure needs to "make clear that [clergy and other religious officials] cannot be forced to act in ways that violate their deeply held religious principles."

The chamber then voted to send the legislation to a committee to be considered further.

The language would specify that religious organizations can decline to take part in any marriage ceremony without incurring fines or risking lawsuits.

On May 6, same-sex marriage became legal in Maine, as Gov. John Baldacci signed a bill less than an hour after the state legislature approved it.

The District of Columbia voted May 5 to recognize same-sex marriages performed elsewhere, though it does not itself give marriage licenses to gay or lesbian couples.

Iowa's Supreme Court ruled unanimously on April 3 that it is illegal to discriminate against same-sex couples by denying them the right to marry. The first same-sex marriages in the state took place April 27.

California's state Supreme Court issued a ruling legalizing same-sex marriage in May 2008, and 18,000 gay and lesbian couples got married in the state. But California voters in November approved Proposition 8, which amended the state constitution to ban gay marriage.

That state's high court heard arguments earlier this year about whether Proposition 8 was itself constitutional. It has not yet issued a verdict.

A slim majority of Americans are against legal recognition for same-sex marriage, CNN polling found last month. Fifty-four percent of adults questioned in an April 23-26 nationwide CNN/Opinion Research Corp. poll said that marriages between gay or lesbian couples should not be recognized as valid, while 44 percent said they should be considered legal.

But there was a huge gap between the opinions of younger and older people, with younger people far more likely to approve of gay marriage. Nearly six in 10 people ages 18 to 34 said same-sex marriages should be legal. Just over four in 10 people ages 35 to 49 agreed, and the number was similar for 50- to 64-year olds. Only 24 percent of people 65 and older agreed.
Posted by Juliet at 5/21/2009 01:34:00 PM
Labels: CNN, gay marriage, New Hampshire