My Pride So Far 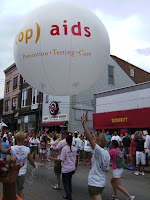 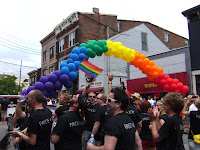 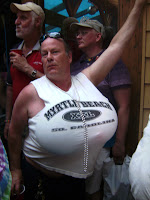 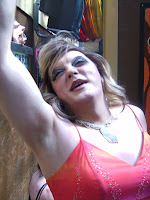 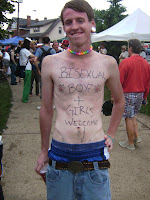 It's been an insane day. I told a whole bunch of people that I felt like I was chasing people all day, following tweets and texts and phone calls, going here and there to catch someone for a drink. After waking up hungover from a great night out last night at Adonis, I stumbled on down to the parade. Wasn't bad. I'm working on pictures on my Facebook and in my Flickr stream and my Twitpic stream. Lots of pictures. These are just the five best.
It's taking a long time, folks, so I apologize.
Posted by Barry Floore at 6/14/2009 07:45:00 PM
Labels: Cincinnati Pride, CINCY GAY SCENE

I have to say, I was really disappointed by the lack of topless lesbians, can you work on that for next year?