New Hope in the Fight Against HIV 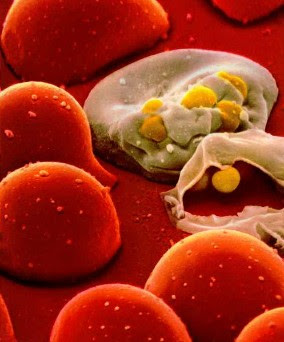 I once tweeted "God does not make junk," in an attempt to give myself a little self-confidence boost. Someone tweeted back that "Yes, he does... just look at junk DNA."

Apparently, "junk DNA" may help create a vaccine against HIV:

About 95% of the human genome has once been designated as "junk" DNA. While much of this sequence may be an evolutionary artifact that serves no present-day purpose, some junk DNA may function in ways that are not currently understood. The conservation of some junk DNA over many millions of years of evolution may imply an essential function that has been "turned off." Now scientists say there's a junk gene that fights HIV. And they've discovered how to turn it back on.

What these scientists have done could give us the first bulletproof HIV vaccine. They have re-awakened the human genome's latent potential to make us all into HIV-resistant creatures, and hey've published their ground-breaking research in PLoS Biology.

A group of scientists led by Nitya Venkataraman and Alexander Colewhether wanted to try a new approach to fighting HIV - one that worked with the body's own immune system. They knew Old World monkeys had a built-in immunity to HIV: a protein called retrocyclin, which can prevent HIV from entering cell walls and starting an infection. So they began poring over the human genome, looking to see if humans had a latent gene that could manufacture retrocyclin too. It turned out that we did, but a "nonsense mutation" in the gene had turned it off at some point in our evolutionary history.

A lot of science appears in the article, but the quick rundown is this: scientists have found the protein that protects monkeys from HIV was once produced by humans, but a mutation turned that gene off. A compound -- known as an aminoglycoside (such as streptamycin) -- can help turn it back on (though there may be some as-yet undetermined consequences). Aminoglycosides, in some studies, have shown to improve cystic fibrosis in some patients through a similar genetic process.

Good work, straightforward, & fantastic work!
Your information is inspiring to me and these things did help to others.