An update is way overdo, so I'll try to cover as much as possible -- sorry if I leave someone out, just shoot me an email: queercincinnati@gmail.com

Julia Serano Lecture
April 22nd, 7pm at the University of Cincinnati
Serano, an Oakland-based writer, spoken word performer, trans-activist, and biologist, will be giving a talk at UC in Swift 500 on entitled "Transsexual and Trans Feminine Perspectives on Sexism." Serano published Whipping Girl: A Transsexual Woman on Sexism and the Scapegoating of Femininity in 2007. (TransOhio post.)

cincYPac and the Cast of MTV's "Take the Stage"
April 23rd, 6pm-8pm, Cadillac Ranch
cincYPac -- Cincinnati's Young Professional Political Action Committee -- is hosting a night where you can meet the cast of MTV's hit reality show, "Take the Stage," that is hosted right here in Cincinnati. Check out their Facebook event for more information -- the event costs $15 (and $5 for students).

Pride Night with the Cincinnati Symphony Orchestra
April 24th, 8pm+
The CSO will be welcoming the LGBT community for the 6th year in a row to a fabulous evening of music, followed by a cocktail party at Corbett Tower. Tickets are $40, includes both events. Check out the CSO website for information on the promo code and how to order your ticket.

PrideLove Sexy Singles Party
April 24th, 8pm-11pm, Below Zero Lounge
The wonderful ladies and gentlemen of PrideLove invite you to a hot little singles party at Below Zero lounge, hosted by darling Penny Tration, including a Sexy Singles Auction. (Formerly featured on QueerCincinnati.com.)

CAC's Contempory Fridays: SPIN
April 24th, 9pm-1am, Contemporary Arts Center
The CAC continues its highly successful parties with "The Price is Light," along with Northside Nick and Chris Collins. The one I went to -- months ago, now -- was actually a lot of fun. Check out their Facebook event.

Cincinnati Guerilla Queer Bar -- Month 3
May 1st -- TBA
Even I don't know where it's going to be, guys, but I've been told to make sure that everyone saves the date!

Lucky Ladies Speeddate
May 3rd, 3pm-6pm, Yadda Club (Covington)
Check PrideLove's flyer for the upcoming event for all of our fabulous single ladies out there.

stop) aids Guest Bartending Night
May 3rd, 6pm-10pm, Below Zero Lounge
I will feature this more later because I think it's going to be an awesome night. But, the education team of STOP AIDS (all of them true hotties) will be behind the bar, and every dollar you give goes to stopping AIDS right here in Cincinnati. (Facebook event)

Judy Shepard Speaks
May 5, 7pm, Great Hall of the Tangeman Center on UC's Campus
After her last speech was cancelled due to illness, Judy Shepard comes to speak at the University of Cincinnati. She's worth watching, folks; I would go.

Ethan Philbrick's Cello Recital
May 9, 8pm, St. John's Unitarian Church
Check out his Facebook event. (Ethan is both a fellow blogger and the organizer of CGQB -- and then he got cutie-patootie Jeff of centsinnati to sweettalk me into posting it, so another fellow blogger -- so I'm posting this "personal event" based on their status as bloggers. But Ethan's an amazing cellist and worth checking out, I think.) 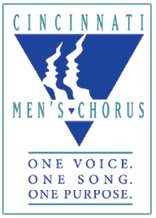 Making Beautiful MUSIC Together
May 9th, 7pm-10pm, the DOCK Complex
The ISQCCBE and the Cincinnati Men's Chorus will be hosting a special charity event at the DOCK to support local charities... and each other. Check out their Facebook event.

Queen City, Music City
May 30th at 8:07pm, May 31st at 3:07pm, National Underground Railroad Museum
The next Cicninnati Men's Chorus show will focus on music straight out Nashville -- including tunes with hints of country, gospel, jazz, and bluegrass. The 30th and 31st will be their Pride shows, with a special musical nod to the LGBT movers and shakers in music. Check out their website for more information.

Miami U. LGBT Alumni Reunion
June 18-21, Oxford, Ohio
As part of the bicentennial celebration, 1809 LGBT Alumni are calling all alums to come and support the association, as well as join them in special events like a reception with Pres. Hodge and a special viewing of Freeheld (2008 Academy Award short documentary winner, produced by MU alums).

Equinox Cincinnati
July 3-5
Hold on to your horses, girls, the next big event in the gay social calendar in Cincinnati may be upon us -- meet Equinox Cincinnati (and their Facebook event). I don't have much more information from the organizers yet, but I've been promised the exclusive ASAP. George (of Metronation and of the Gay and Lesbian Chamber of Commerce) is hot on this one, guys, and says he already has busses filling up from people out of state to come party in the 'Nati. I have a feeling this will be huge. Save the date. (And you are reading that right -- this event is cosponsored by Fountain Square.) 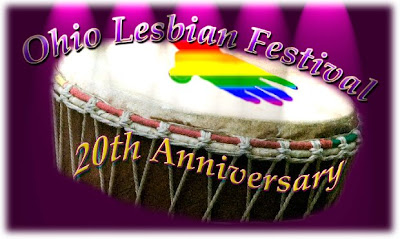 GAY PRIDE DATES FOR THE REGION!!!!!
I'm just going to do a list because there are so many to list off:

You know, looking at Columbus's and Cleveland's themes... aren't you kinda glad we have something at least interesting? Seriously.

Seriously, what did I miss? I know I did. Again, email me if you have anything for the list.

Barry, I love, love, LOVE the new layout. Been meaning to tell you.

I'm not so sure how I feel about the theme "squealing with pride." What is the pig connection?