Meet Rep. Virginia Foxx (R-NC) who spoke today during the debate over the Matthew Shepard Act -- the federal hate crimes bill that passed the US House of Representatives 249-175-11 (yea-nay-no vote or abstained).

Ms. Foxx had her very own special YouTube moment during the debate when she said the following:

“I also would like to point out that there was a bill -- the hate crimes bill that's called the Matthew Shepard bill is named after a very unfortunate incident that happened where a young man was killed, but we know that that young man was killed in the commitment of a robbery. It wasn't because he was gay."

This was said, btw, whilst Judy Shepard was in the room. Real nice.

To their credit, this is what the Democratic response was:

Rep. Debbie Wasserman Schultz (D-Fla.), who supports the hate crimes bill, stared in disbelief before answering a question about the statement.

"It's just sad the Republican caucus has been reduced such a fringe," she said. "It's sad they would go out of their way to prevent people from getting justice."

And, so, I started to wonder, where the hell would she get an idea like this? Thank god for all of us, Ms. Foxx twitters, a fact which, btw, has not escaped the LGBT activists on the web, and a fact that she may come to regret in the morning... regardless, her tweet sends us to the speech of one Don Feder, from the Jewish World Review, who enlightens us on the wonderment that is the anti-hate crime point of view:

Take the 1998 homicide of Matthew Shepard. Was Shepard murdered because he was a homosexual? Possibly. But it's equally plausible that he died because his murderers wanted drug money, and Shepard (weighing in at 105 pounds) was an easy mark. According to a 2004 report by ABC's "20/20," that's what many close to the case believe.

Well, I'm glad that's off our chest. Although, it sends a chilling tone about future robberies... apparently, it's common practice for robbers to pick up gay men in bars, drive them around, beat them, and then tie them to a fence post a la the crucifixion. Remember, kids: carry a gun or this, too, could happen to you in a simply mugging (I have a sneaking suspicion Ms. Foxx is also a fan of the NRA, unconfirmed, so she would like the sentiment).

Of course, that side would have to ignore the queer panic defense...

So, Ms. Foxx, today I give you a special present: 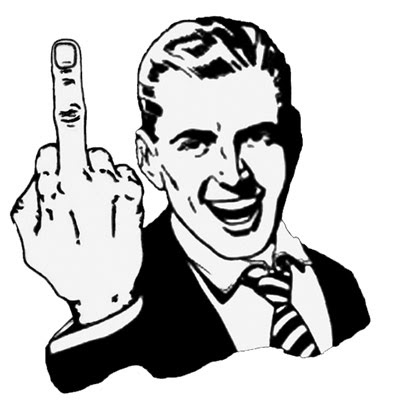 For being just so-gosh-darn-special. But, you know, at least this little YouTube clip will put you up there with the likes of, oh, I don't know, Marilyn Musgrove, Sally Kern, and Jean Schmidt. And we all know how wonderful those women are.

As for the remainder of Don Feder's article, I'll say this: the majority of it is a mass of slippery slope, "end of the First Amendment" argument that we've become used to. I'm sure I've said this before, but, if not, it bears repeating: freedom of speech does not include freedom to rape, assault, or kill. And, yes, we do consider intent in murders... self defense, what?

Thanks to Glenn Thrush at Politico for the quotes.

Notice she deleted that particular tweet while she spends time with family and close friends. what a bleeping tool