Question for Friday: Hopping into Bed? 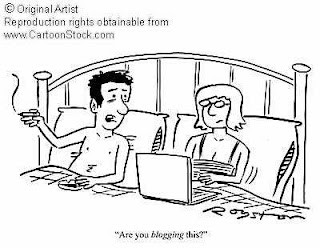 YEA QUESTION FOR FRIDAY! It makes me very happy to come home from school, open a beer, do some laundry, and put together this post. It makes a great end to my week. Much love to all the contributors to this week's question:
How long after you meet someone is it appropriate before you sleep with them?
Now I thought everyone would take it for the joke it was :-), but I got some really great, serious answers. If you haven't figured out by now, these totally match my personal life. Let me just pop another beer open and let's talk about it:
Oy vay!!!
How long, how long, how long?
On a side note, just ran a load of whites down -- I know, shocker, not only do I separate my colors and whties, I bleach -- it's a habit developed because of the godawful white scrubs I have to wear for clinicals. Anyways, I hate the smell left on my hands after I bleach stuff. It taints anything I'm trying to eat... or drink.
An anecdote: one of my dearest mentors in college, Dr. Glass, met his partner of 25 years in the torrid romantic spot we all know and love, Burnet Woods. The joke is that his partner stuck around because of the cable. But I seriously doubt that love developed over a shared interest, but was fanned because of a shared appreciation for each other's penis. To my knowledge, they are still together.
I am not one to turn down a one-nights stand. Sure, I fuck up sometimes and think it's more, but we all do  that. Sigh. That's life. That's this gay life, at least. But I have no problems with a quick romp in the sack with a boy. And, really, of the gay men that read my blog, how many of your good friends or ex-boyfriends (or current boyfriends or husbands or "others") are former tricks that, for one reason or another, stuck around for years and years and years and years.
I don't think sex per se ruins the future possibility of a relationship. I think it is, rather, our take on it.
I don't think there is a time limit. If you're out on a date, and it comes to the moment, I think common decency dictates that it should be a couple dates before you have sex. After all, you're trying to develop an emotional connection first in the hopes of something more develops over a longer period of time. But how many first dates have you been on in your life that you wish you had just fucked and gotten it over with? I rest my case.
In the end, it's all about the people involved. God knows in my sluttiest days, I was in no place to date someone, so, despite what I thought, I was not the ideal "follow up fuck." In my calmest days, I was in no place for a one night stand, so I became the perfect two- or three- or four-week fuck buddy. It's all about the people involved, in the end. (Unintentional pun -- deserves another beer.) About the people and where they are.
I set no limits, and will continue to set no limits.
I've chosen celibacy for the moment for my own reasons, though I'm still the prolific tongue whore I've always been, and people keep asking me for how long? (We've all universally agreed that mudbutt doesn't count.)
That's just another time limit. When I find someone I really want to fuck, I'll fuck 'em.
But if I want to date them for a little while at first, I think I can wait.
Posted by Barry Floore at 2/20/2009 04:41:00 PM
Labels: Question for Friday

bleaching your whites is great, despite the smell.

if you wore dress white shirts, i'd share with you the joy of a bleached white shirt that is freshly ironed with starch.