You may be hiding under a bush in gay world if you didn't hear that Portland's openly gay mayor, Sam Adams, had a relationship with an 18-year old -- gasp -- and then lied about it.

Jesus, really? And now their gay paper -- Just Out -- is asking for the man to step down.

Isn't it awful when people have sex with minors? I mean, 18-year-olds.

Granted, they met when the boy was underage, but by his admission, and by all reports (and no one seems to be denying this fact) that they waited until the boy was 18.

I wish the paper would just admit this obvious: the gay community has to reject this man not because he had sex with a young'un, but because we have to distance ourselves from him. Like the Republicans had to dump Mark Foley as quickly as possible, or the evangelicals had to throw Ted Haggard out the window, the gays get to throw one of their own to the wolves so that we can say this guys isn't like the rest of us.

Sigh. Apparently we're just like everyone else. My sexuality orientation has become a PAC.

And does anyone else think it's really really really funny that the 18-year-old's last name is Breedlove. See, I find that filled with hilarity. Oh, is that inappropriate? And, honestly, Sam Adams is good looking. At 18, I don't think I would have said no to him either. Even now, now that I'm a crusty, used-up 26-year-old.

Update: Just to clarify, I'm against the lying. Bad, bad, bad politician. I just don't think the game community should have turned on him quite so quickly. (Thanks to Back2Stonewall for helping me clarify my position.) 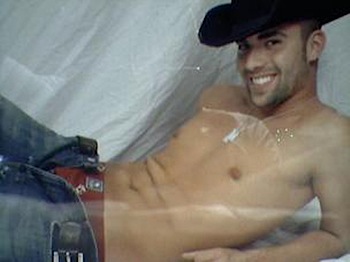 And to clarify my position too...

I'm just disappointed. I wish he hadn't done it. I still support him and hope that it all blows over. The lying is inexcusable, but it unfortunately happens. I know I've denied my share of indiscretions. It just sucks that we've given the Freeps fuel for their fire.

I'd have a love affair with him, he's smokin hot.

Damn Back2Stonewall.com has been SMOKIN today with traffic over this.

Thanks for the shoutout!

I agree, the names in that story couldn't get more hilarious. No really they couldn't.

I added you to my blogroll at http://stuffqueerpeopleneedtoknow.wordpress.com/

I don't think it's necessary, btw, to have "Sam Adams the Magic Homosexual." He's not special. He's just human.

I just wish there was a sex video that comes out. That would be HOT

He shouldn't have done this, however he done a lot good stuff. Oh Sammy...Why?